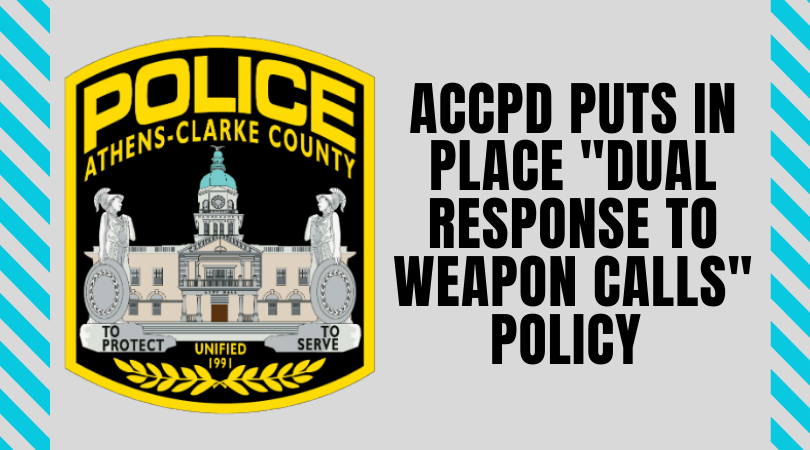 On the evening of October 26, Athens-Clarke County Police officers were responding to “a noise complaint call between two neighbors” states the ACCPD press release. “Officers were informed that one neighbor had threatened to shoot the other neighbor. A short time later, while searching in the area, officers located the other neighbor. When the officers attempted to question him, the individual, a 45 year old Asian male, produced a handgun and fired several shots at the officers. The officers returned fire, striking the individual.” Later that evening the individual succumbed to their injuries.

This officer-involved shooting was the 6th in Athens in the last 8 months and the third in the month of October [AJC map of shooting locations with incident info]. The shot individuals have died in 5 of the 6 incidents. ACCPD states that all of these encounters appear to be justified and appropriate. In all of these situations, but one, the officers were confronted by an individual with a dangerous weapon. One explanation that has been offered for the abnormal uptick in these officer-involved shootings is individuals struggling with mental health crises.

In response to the number of officer-involved shootings, ACCPD Chief Spruill has implemented a “Dual Response to Weapons Calls” policy. In calls involving a dangerous weapon where active violence is not occurring, “responding officers will meet/stage away from the incident location prior to proceeding to the active scene. This will allow the responding supervisor and officers an opportunity to quickly assess the situation, and design an initial response plan. Such plans may include assigning responsibility to one officer to deploy a Taser or other less lethal force devices and/or assigning responsibility to the second officer to deploy deadly force if necessary. “

“These changes seek to enhance officer safety by ensuring that officers maintain a tactical advantage over armed and/or dangerous suspects. Ensuring that multiple officers respond to these type calls may also reduce the need for, or likelihood, that higher levels of force will be necessary and, where it is safe and appropriate to do so, will afford officers the opportunity to deploy less lethal tactics and/or technology as opposed to deadly force”, the memo states.

“These changes seek to enhance officer safety by ensuring that officers maintain a tactical advantage over armed and/or dangerous suspects. Ensuring that multiple officers respond to these type of calls may also reduce the inherent dangers associated with calls involving domestic violence and/or armed suspects cannot be understated. While we must continue to allow officers the latitude to take reasonable actions necessary to ensure their safety and the safety of others (up to and including deadly force), it is also incumbent upon us to adopt tactics that reduce the likelihood that force will be necessary, or that afford officers the time and opportunity to deploy less lethal force options.”

In addition to this, it has been announced that all ACCPD officers will be receiving further training in de-escalation tactics.

Other resources available will be to further utilize the ACCPD Crisis Intervention Response teams. These teams consist of a specially trained officer and a mental & behavioral health worker. The Mayor & Commission just increased the budget for this program to add a second team.