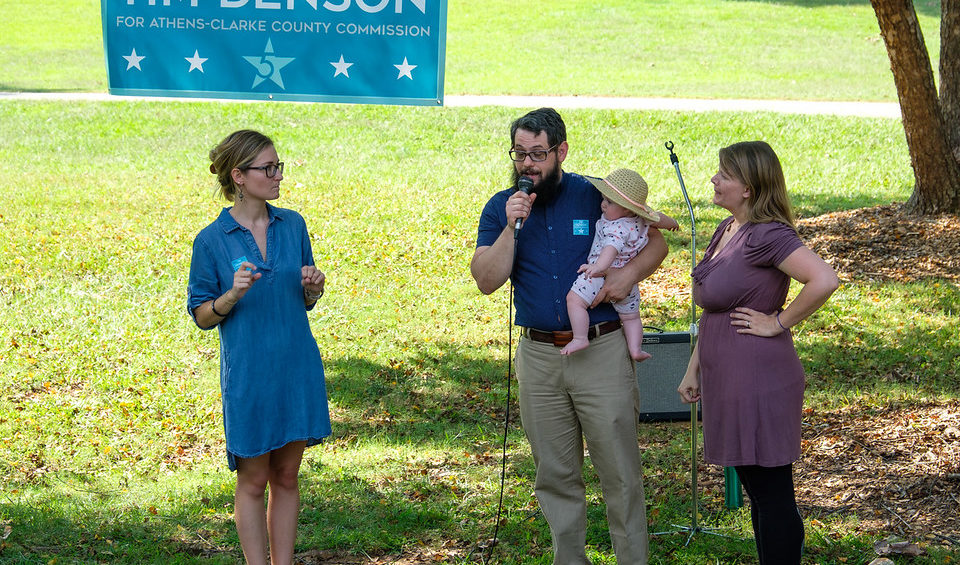 Dozens of supporters poured into Bishop Park this past Sunday to attend the Tim Denson Campaign Kickoff. They were there to hear Tim Denson roll out his campaign for Athens-Clarke County Commission and present his vision for Athens and District 5. The environment for the kickoff was positive and optimistic, full of fellowship, music, food, and games.

Campaign Manager Briana Bivens got the Campaign Kickoff started by speaking about why she joined the Tim Denson for Athens campaign and how she and Tim share a vision for combining electoral politics with the spirit of community organizing. “We are building a campaign with a strong ground game so that we can talk to voters about these bold issues! We will need volunteers and we will need your help to raise the money needed!” (DONATE HERE!)

Then Briana introduced a few speakers who would focus on some of the important issues Athens faces that are priorities to Tim.

Linda Lloyd, of the Economic Justice Coalition, spoke about the need to fight poverty and push for living wages. “I’m sad that we have a community that doesn’t realize that we can’t continue to just spend money on buildings and such”, Ms. Lloyd said. “We have to be spending money on the people!” 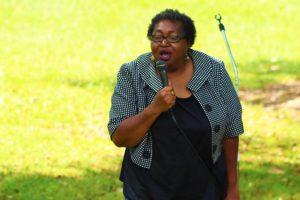 “We have to be spending money on the people!” – Linda Lloyd

Next, Elena Hall, a sophomore at Clarke Central High School and student advocate, spoke about the Athens Youth Council.“Too many youth today are disaffected about politics or don’t know how to get involved in the government that makes decisions everyday that affect them. That is why we are launching the Athens Youth Council, aimed at getting youth involved in the political process and amplifying the voices of young people in local government!” 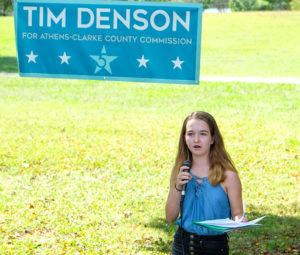 “We are launching the Athens Youth Council, aimed at getting youth involved in the political process and amplifying the voices of young people in local government!” – Elena Hall 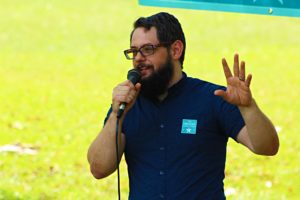 To cheers of “Our Town! Our Time!”, Tim and Briana wrapped up the Campaign Kickoff by announcing the first volunteer canvassing event on Sunday the 24th at 3pm (starting at Bishop Park). Rest of the afternoon was filled with fellowship, food, and games. A great opportunity for people to become further inspired in building an Athens that works for everyone! Thank you to all of the volunteers who made this event a success! If you would like to volunteer, please do so here.

Check out photos from the Campaign Kickoff! A huge thanks goes out to Knowa Johnson and Wade Sheldon for volunteering their photo and video talents! 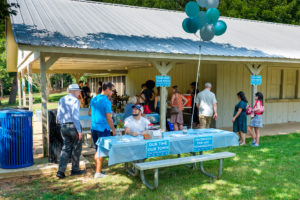 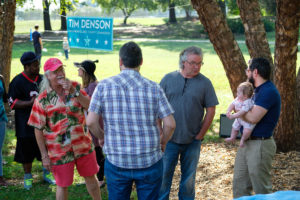 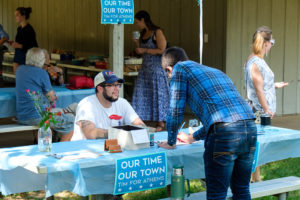 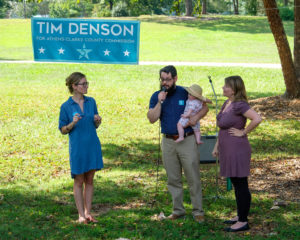 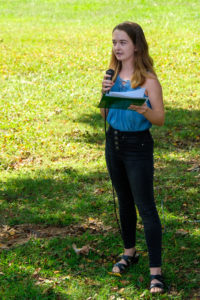 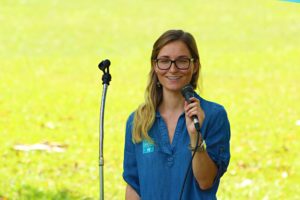 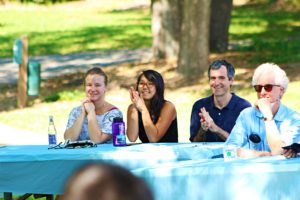 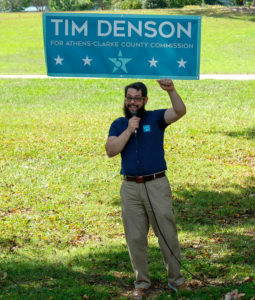